skip to main | skip to sidebar

One afternoon in June I got an email from Jason while he was at work and it had the flyer about the upcoming Father Daughter Dance and he had typed "OMG will you let me take her in a limo or is that over the top?"  Is he not the best daddy ever!!!  I just grinned and then preceeded to tell him I thought it would be over the top...maybe when he can take both girls!

However, we weren't going to pass up such a special night and I got busy looking for dresses.  The timing was right and I spotted a great deal on Zulily and let Riley pick out her dress...it was so fun!  I looked at the sizing chart from the company and took her measurements and it put her in a size 2...I thought that was crazy but just trusted that the measurements were right and ordered it.  Well...when it came in I knew it was going to be WAY too short...it was supposed to be a bubble dress but I ended up having to take out the bubble layers so it added several inches of length and voila it was perfect and most importantly Riley loved it!

Sara and I were a tad bit jealous that the guys were going to get such a fun night with the girls so the day before the dance we decided to take Ella and Riley to get their nails painted...and we got pedicures!  It was such a fun afternoon with our girls!

They were a tad bit excited! 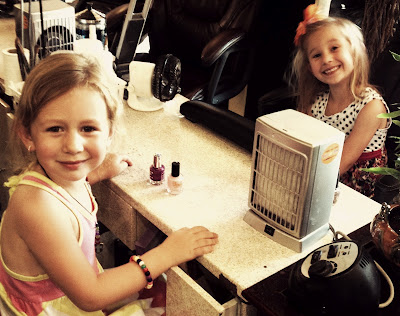 Tessa got to come with us too!  I thought she might take a nap in the ergo but she didn't want to miss out...such a cutie! 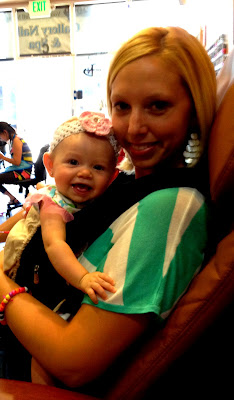 Just love these girls...they have such a sweet friendship! 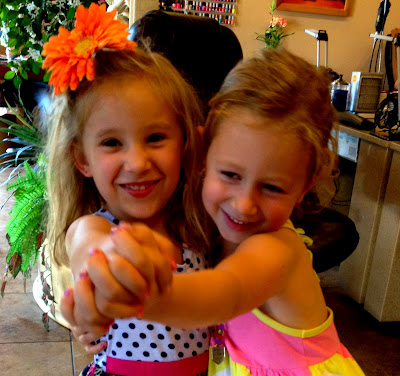 Me and my girls! 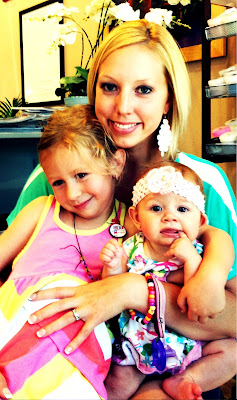 After our pedicures we went and ate sonic in the car for dinner...how much better can a girls afternoon get?

The next day was the BIG day!!!

Riley wanted her hair all up like she got it done at Disneyland so that's exactly what we did!

She's quite the poser! 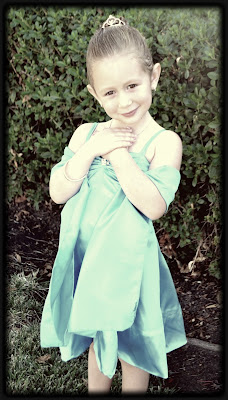 My handsome man in uniform and his sweet Riley! 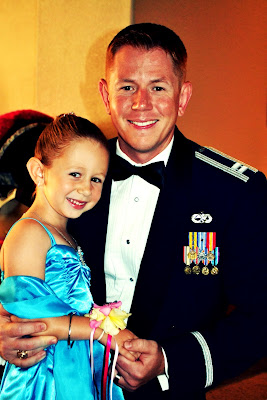 She is such a Daddy's girl...I just love this picture! 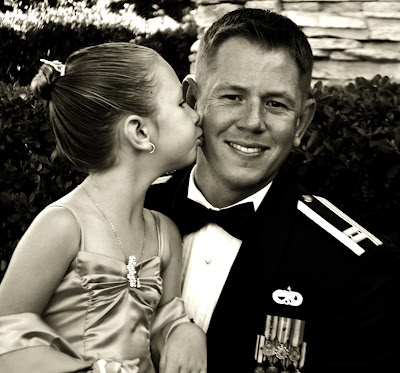 She wanted to wear dress up shoes and I let her...Jason says it might not have been the best decision because she was slipping and sliding...well it's not often that a girls shoes are practical, right? :) 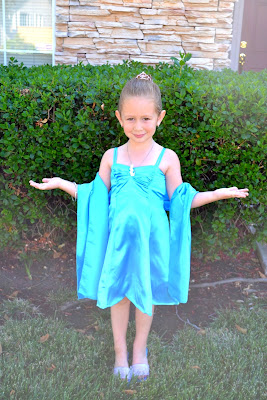 I decided to make her a corsage that afternoon...some pretty flowers from our yard, a little research on pinterest, and voila...a corsage that seriously melted her heart!  I had it all set up in the fridge so Jason surprised her with it! 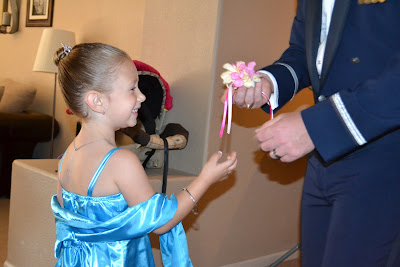 They had the best time...a night full of mac n cheese, dancing, and a magician!  I thought they would be home by 8:30 or so and they didn't come home until almost 10...my party animals!